You are here: Home1 / Actions2 / Vietnam actions3 / Advancing jurisdictional sustainability in Vietnam, focusing on the Central...

The EU REDD Facility and the Mekong Development Research Institute (MDRI) support developing a jurisdictional sustainability framework and an associated monitoring system in Vietnam to promote sustainable land use and coffee production in the Central Highlands.

The EU REDD Facility and MDRI are testing tools and approaches on monitoring, land-use planning and finance that support subnational decision making on sustainability. These tools will be adapted to the Central Highlands region, where they will be piloted. Activities include local-level stakeholder engagement to raise awareness, information sharing and data collection.

The project aims to support stakeholders in:

The Central Highlands (also known as Tay Nguyen) is not only a strategical region in terms of economic, political, security and environmental issues, but also the forefront of the fight against deforestation. The region’s forests represent over 22% of the national cover and stock one of the country’s highest carbon biomass. They are also one of the most important biodiversity hotspot in the region, the Southern Annamites Mountain Rain Forest ecoregion. In recent decades, government policies have led to significant changes in the regions’ socioeconomic structure, including in terms of demographics, economic activities and exploitation of natural resources. At present, the region’s rate of deforestation is among the highest of the country.

The Central Highlands accounts for over 90% of Vietnam’s coffee production. Besides, the region has also seen increases in other crop commodities and perennial fruit trees, such as pepper, cashews and avocado, and short-term subsistence crops, such as maise, cassava and bean. While the agricultural sector has a high economic potential, it is also associated with the use of heavy agrochemicals and unsustainable irrigation systems. Other deforestation drivers include logging and over-exploitation of forest products and other commercial and development activities.

Furthermore, the Central Highlands is the second most disadvantaged region of Vietnam. Indigenous households remain entrenched in poverty, and there is a persistent welfare gap between ethnic and non-ethnic groups. Expansion of permanent crops pushes subsistence farming from marginalised farmers into more remote and forested areas. This hinders the poorest households, especially ethnic minorities, from connecting to markets and benefitting from more sustainable and profitable practices. Another cause of agricultural expansion is the significant forest loss. According to the Ministry of Agriculture and Rural Development, the region has lost 41% of its forest cover over the past three decades. To curb this trend, in 2016, the Prime Minister ordered a total ban on clearing natural forest in the Central Highlands.

The EU and other countries are developing measures aimed at curbing deforestation and forest degradation driven by the expansion of agricultural land used to produce specific commodities, namely cattle, cocoa, coffee, palm oil, soya and wood. In addition, consumers increasingly want to know that goods and products they buy are produced without harming people or the environment. To that end, they might rely on public or private certification and licensing schemes that show adherence to sustainability standards.

However, certification and licensing schemes often exclude the people with the greatest needs, such as small-scale farmers and indigenous communities. This is because they usually burden commodity producers with proof, and smallholders rarely have the skills and resources needed to achieve certification. At the same time, certification does not always lead to a better price for producers. This means there is no guarantee of compensation for an investment in certification.

Small-scale producers can also struggle to meet sustainability standards if their land is not zoned for legally planting crops, if administrative procedures are complex, or if official monitoring and law enforcement are not fairly or evenly directed. These are issues that only the government and local authorities can address. 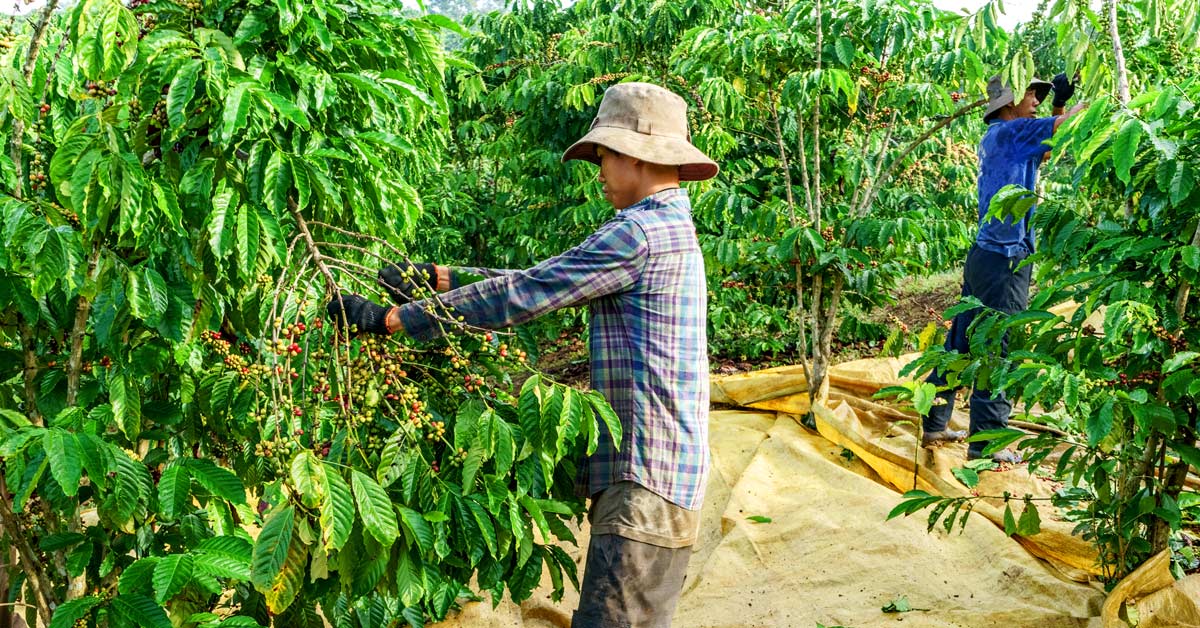 With the EU REDD Facility’s support, MDRI is conducting a pilot to eliminate deforestation from supply chains and promote legal and sustainable commodity trade. The pilot is based on a jurisdictional sustainability approach in conjunction with supply chain transparency, previously supported by the EU REDD Facility in Indonesia. . This approach aims to measure sustainability across subnational areas, such as districts or provinces. Such a ’‘jurisdictional’ approach uses simple and objective ways to verify sustainability performance. It aims to incentivise jurisdictions to reduce deforestation and transition to sustainable production systems. The objective is to provide a step towards a simpler and cheaper, yet trustworthy, way to reduce deforestation by producing more and better agricultural products — while ensuring that smallholders and indigenous peoples can benefit from international trade.

The project advances enabling conditions for jurisdictional sustainability in Vietnam by:

This pilot work has been set up in two phases: an initial phase that concluded in April 2022 and a second phase, which started in June 2022.

The first phase has produced the following results:

During the project’s second phase, the Facility plans to engage with multiple stakeholders in the Central Highlands to: