You are here: Home1 / Blog2 / Customary forests and timber management: a way forward in Indonesia

Customary and indigenous groups protect, manage, and use their forests in many ways, some relying on logging and the timber trade to support their livelihoods. Supporting customary groups to manage forests that they depend on helps reduce deforestation in tropical countries, recent research suggests.

In Indonesia’s West Sumatra Province, the Padang Hilalang community has traditionally managed some 20 000 hectares of forest near their settlement. Here, as in other customary areas, the community does not have full rights to legally harvest, sell or transport timber. This is because trees growing naturally in customary forests are not regulated under the country’s timber legality assurance system (Sistem Verifikasi Legalitas Kayu – the SVLK), which ensures the legality of timber sourced from Indonesia’s state and private forests.

To explore options for integrating customary forests into Indonesia’s SVLK and to assess options for legal and sustainable production and trade of timber from customary forests, the EU REDD Facility undertook a study in collaboration with the Indonesian Civil Society Organisation KARSA. Padang Hilalang was one of three customary communities covered by the study. The other two were Dayak Tomun in West Kalimantan and Oktim Orya in Papua. The research highlighted gaps between current timber harvesting and trading practices by customary groups, and existing regulations on use and administration of timber.

The field research component of the study provided insights on how these communities work toward legal recognition of their status and rights over forests, how they manage their forests and timber products, and the challenges they face and their aspiration in relation to forest and timber management.

The overall study – “Potential integration of customary forests into Indonesia’s national timber legality assurance system (SVLK)” – includes an extensive legal analysis, and was conducted in support of a clause in the Voluntary Partnership Agreement (VPA) between Indonesia and the European Union (EU) on Forest Law Enforcement, Governance, and Trade (FLEGT). The clause states that changes in the SVLK procedures related to customary forests shall be introduced to reflect the adoption of a landmark ruling in 2013 by Indonesia’s Constitutional Court ruling, repealing the provision in Indonesia’s Forestry Act stating that customary forests are a part of the State Forest Area. The FLEGT VPA is a legally binding bilateral trade agreement that aims to improve forest governance and promote trade in legal timber from Indonesia to the EU.

In Padang Hilalang, customary land straddles two categories of forest as defined by the Government, which are ‘production forest’ and ‘other use area’. The community customary heads, known as ninik mamak, direct the management of customary land and resources, including timber. In the past five years, they have given the rights to two local companies to harvest timber from the customary community’s land under the ‘other use area’ status. Per existing regulations on timber legality, not all timber from the private forest can be harvested, however. Only “cultivated” timber from the non-natural standing stock can be logged in this customary area.

During the stand inventory before harvesting, Padang Hilalang customary community members ensure that the companies will only log certain timber situated outside the community’s sacred area, such as the ancestors’ graves. The inventory also involves officers from nearby forest management unit established by the Government. Thus far, timber harvesting has been conducted in less than ten percent of the Padang Hilalang customary land.

The agreement between the customary community and the harvesting companies includes benefit-sharing mechanisms based on the volume and type of timber harvested. The companies also help prepare the required timber transport documents, issued by the customary community members. Together with the letter explaining the land’s customary status issued by the ninik mamak, the transport documents ensure the legality of timber harvested in Padang Hilalang’s other use area. Timber from Padang Hilalang has mainly been used as materials for the furniture industry in the province.

A path towards customary forest recognition

The Padang Hilalang customary community, like some communities in other parts of Indonesia, would like the Government to consider allowing them to harvest timber from all parts of their land. For them, the opportunity to harvest timber – cultivated and natural – would represent the right to manage their own forests. After all, they argue, logging companies have been given rights to log both natural and cultivated timber for decades.

Theoretically, as a result of the 2013 Constitutional Court repeal of the provision in the Forestry Act defining customary forests as part of the state forest area, hundreds of customary communities across Indonesia – such as the Padang Hilalang community – are now allowed to claim forest ownership through recognition by the Government.

The process administered by the Indonesian Ministry of Environment and Forestry offers the most well-developed route for customary forest recognition. Even then, this path requires a two-step process. Representatives of customary communities may only submit applications for customary forests once the communities themselves have been recognised through a district-level regulation and/or a decree of the district head.

Amending the SVLK to integrate timber from customary forests as per the mandate of the Voluntary Partnership Agreement between Indonesia and the European Union on Forest Law Enforcement, Governance and Trade would open up livelihood opportunities for customary groups, while also reducing illegality, deforestation, and forest degradation.

The community in Padang Hilalang has not yet been recognised as a customary community according to the Indonesian law, and the process to recognise the customary communities can be an expensive and time-consuming undertaking on its own. They have begun to engage with academics from a university in the provincial capital to help strengthen their case for recognition, confident that they can manage timber production sustainably and meet SVLK requirements for harvesting natural timber.

Supporting customary communities to manage their forests legally and sustainably

Based on legal analyses, field research, and multi-stakeholder consultations, the EU REDD Facility and KARSA have proposed a set of timber legality verification standards and guidelines specific for customary forests. Additional preparatory steps have also been identified to support customary communities to manage their forests sustainably, and to participate in the legality assurance system, should they plan to harvest and sell timber commercially.

The study, which will inform ongoing policy revisions on SVLK and customary forests led by the Ministry of Environment and Forestry in coordination with stakeholders, recommends:

Together, these steps should safeguard against misuse of customary forests for illegal timber, while advancing equity for customary groups.

Satrio provides technical and analytical support for the Facility’s work on forest and land use governance in Southeast Asia. He is based in the European Forest Institute’s office in Kuala Lumpur, Malaysia.

Satrio previously worked on forest and ocean issues at World Resources Institute Indonesia, where he managed projects and conducted research on forest and landscape restoration, social forestry, and sustainable ocean and coastal ecosystems. He has a background in climate science, environmental studies, and international relations. 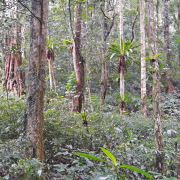 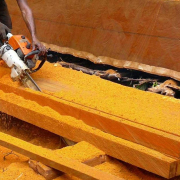 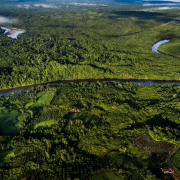 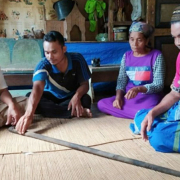 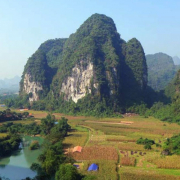